One of the benefits of writing and sharing your work with VanishingTexas is that your author bio will be featured on our authors and photographers page. If you are author all of your articles on Vanishing Texas will be displayed under your bio. If you are photographer and would prefer to share Texas related photos with our readers, here’s your chance to get your work out there.

To learn more about about writing for us or having an author write an article about your photos and locations you took, please contact us via the contact page.

My name is Cindy Quillen. I’ve been doing sports photography professionally for about 6 years, mostly high school and little league and I also had the privilege of shooting the Texas Rangers youth camps a couple of summers ago. I enjoy most any candid type photography, capturing people in a natural environment over posed scenes. My favorite settings for shooting however, which is where I spend most of my spare time, is exploring historical and abandoned structures. I find them fascinating, enlightening and very fulfilling to my sense of adventure. Most of my ventures have been in Texas so far but I’m hoping to do more traveling soon. While I do love rural areas and all the heritage that they hold I am finding myself more drawn to the larger industrial sites as well as the great number of hospitals, schools and churches that have been left behind to decay. If you ever find yourself in the market for someone to capture a sporting event or are looking for some cool urban or rural “left behind” prints give me a shout.

a texas tumbleweed roaming the blacktop 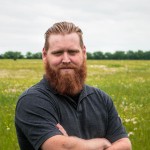 Hi! My name is James and I am professional photographer living in rural North Texas. I love the outdoors. I spend my free time exploring rural and abandoned Texas. I am available for photography work. I do travel photography, including national and state parks reviews with images of the parks. I also photograph farm/ranch life including livestock and farmers/ranchers at work. If I am not doing landscape work, I'm at a car shows and offroad parks taking pictures. If you are needing a photographer to document your car shows, offroad adventures or get together, I'm your guy! Please contact me for details.

My name is James Nelms. I've been a graphic artist for over thirty years, ever since my days as a cartoonist for my college newspaper. Over the years, I have created art for newspapers, advertising, movie posters, toy packaging and video games. In college, I was interested in creative photography, but had abandoned it by the early 90's. At that same time, I had discovered Adobe Photoshop which would become my professional and creative tool of choice. However I was more interested in creating original art in my computer than actually shooting stuff. Until 2012, most of my digital photography was family, vacations, work or reference material for artwork. In fact, I had considered selling my Nikon because I simply was not using it and needed the money. Then by happenstance, I discovered light painting photography and was immediately hooked. I began shooting interesting antique junk in my sister's yard outside of Rhome Texas, then began seeking locations and subjects for night photography. Old barns and houses were my favorite subjects, but finding old abandoned cars was my obsession. I met James Johnston through his blog, hoping to photograph an old Ford sedan he had found in a forgotten small town. Since then, James and I had been out on several photo expeditions around Texas and surrounding states, shooting day and night, capturing derelict bridges, old churches, abandoned homes and rusty vintage trucks, before they vanish from the public eye.

Randy A Carlisle: Born & raised in & around the Oak Cliff area, including Balch Springs, Mesquite, & Garland.. Now resides in Waxahachie. 60 yrs old. Photographer for 26 years. DJ at the Galaxy Drive In Theatre for 16 years & now on Seagoville's KSGV-95.5FM.. Route Sales for some 20 years. Now a Bank Teller for 2 years.